« Last post by magenb on Yesterday at 06:14:01 PM »
rocking the warwalker back looks better than having the pilot sitting straight upright, nice idea

Wow what a drop. Loving it all especially the dragon. Your prisms look great in that color scheme. Walkers, what can i say, have 10 plastics only 3 painted in all the years ive had them so seeing yours gives me hope.

Thanks, Dread! The work continues!

« Last post by Dread on January 15, 2022, 03:52:16 PM »
Wow what a drop. Loving it all especially the dragon. Your prisms look great in that color scheme. Walkers, what can i say, have 10 plastics only 3 painted in all the years ive had them so seeing yours gives me hope.
4

Projects Blog / Re: Chronicles of the Brush: Iyanden\'s Journey

Post Merge: January 15, 2022, 03:00:40 PM
In the future, please use the modify button. Double posting is against the forum rules, and for that reason, the system merged your posts.Continuing the work in progress!

They all look great, well done
6

Thank you for the feedback. Appointment with the editor is still a little ways away, so I don't mind the suggestions at all. You made good points, so I'll definitely make those changes in the next writing session.
7

Leagues of urban sprawl lay demolished around it

A league is three mile in length, so now your description of the forked road and a tower becomes confused. Adofo and crew can see the tower clearly, but the tower is separated from the road by more than three miles of rubble!

We’ve arrived at the Forlorn Eyrie, Lord.
The Forlorn Tower appears ruined and could fall down on us

Several passages should exist for every area of the Zar District we borrow into.

Did you mean to write burrow?

Plant one torch in each general direction, like a circle around our perimeter

This doesn’t really describe anything as the expression ‘general direction’ is too vague to mean anything.

I think something more direct would be better: Set up the torches in a circle around us.

Hidden behind the bend at the forked road, rustling swept out of the night.

This is an incomplete sentence, or more precisely the thoughts aren’t connected enough to make sense.

Also I would say ‘behind’ is the wrong word to describe something out of sight around a bend. I also think you are making this one phrase work too hard. You are trying to describe something hidden and the road layout at the same time, and it doesn’t quite work. Additionally describing a sound as hidden doesn’t make sense as sound is invisible.

In the distance, where the road forked to the left, a rustling sound growing ever louder could be heard.

Sixty Children of the Sun, equipped in their superior arsenal of cataphract scale armor and satin clothing.

This is another sentence in which the thoughts aren't quite connected enough to make complete sense.

Adofo made out an oncoming horde. An entire patrol quaked the cobblestone path underfoot. Sixty Children of the Sun,

Describing the size of the opposing forces three times in such a small paragraph really slows the pace. As the aim of this paragraph appears to be the sudden appearance of a horde then I would say it needs to be more direct so as to provide more pace to the action.

In the distance, where the road forked to the left, a rustling sound growing ever louder could be heard. Suddenly, from around the bend, sixty Children of the Sun appeared rushing towards them. From the light of the lanterns Adofo could make out that the Children were much better equipped for war than his forces were.

Hidden behind the bend at the forked road, rustling swept out of the night. Another three burning spheres rushed out toward them, rivaling the speed of a running warrior. Unveiled by bright fires, Adofo made out an oncoming horde.

Finished my incursors, which is exciting. Also, I'm very excited about the news from Warhammer Community today as that is my army! (minus the speeder...)

Also, I took some better pictures of some of the other units. 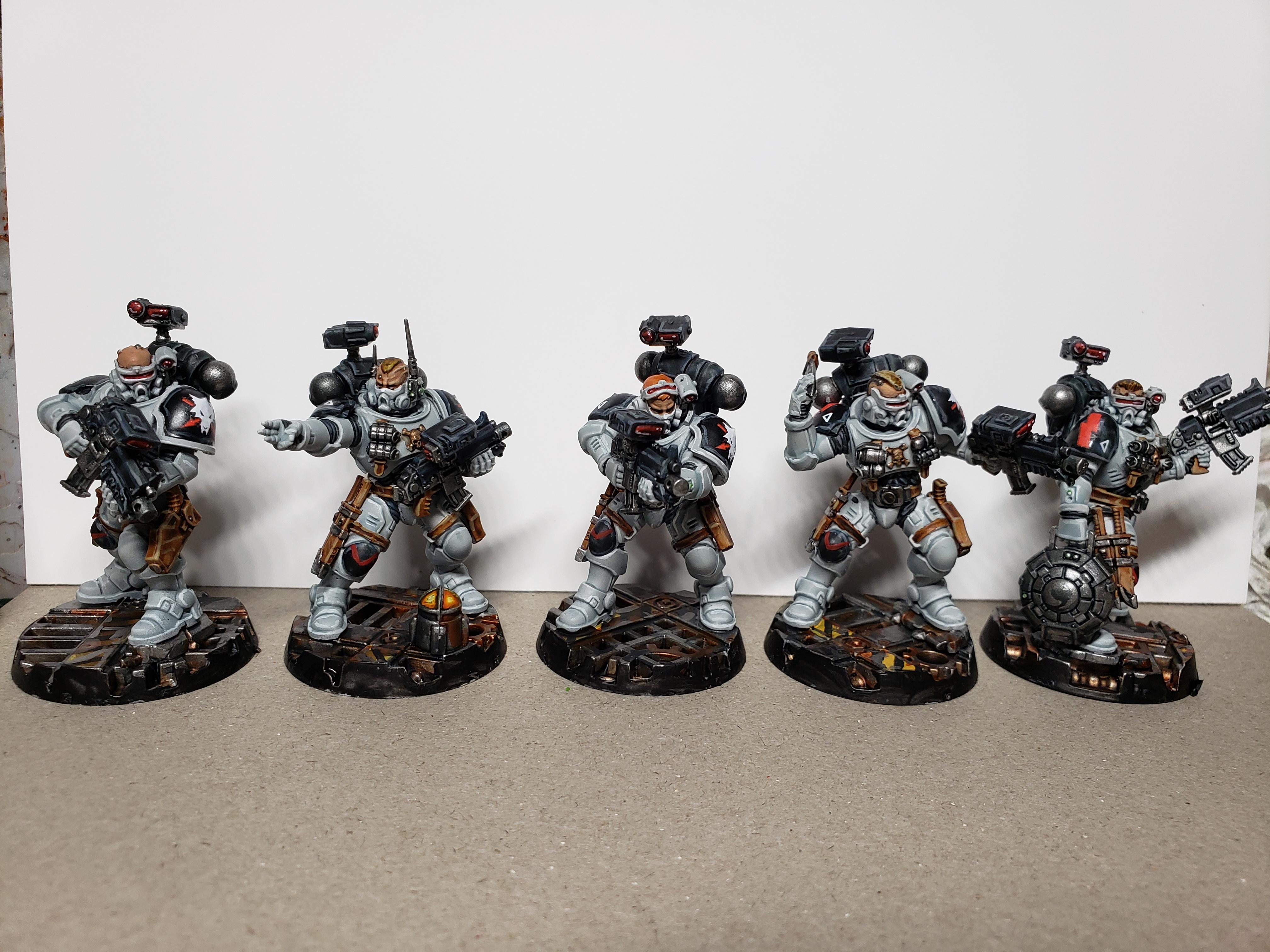 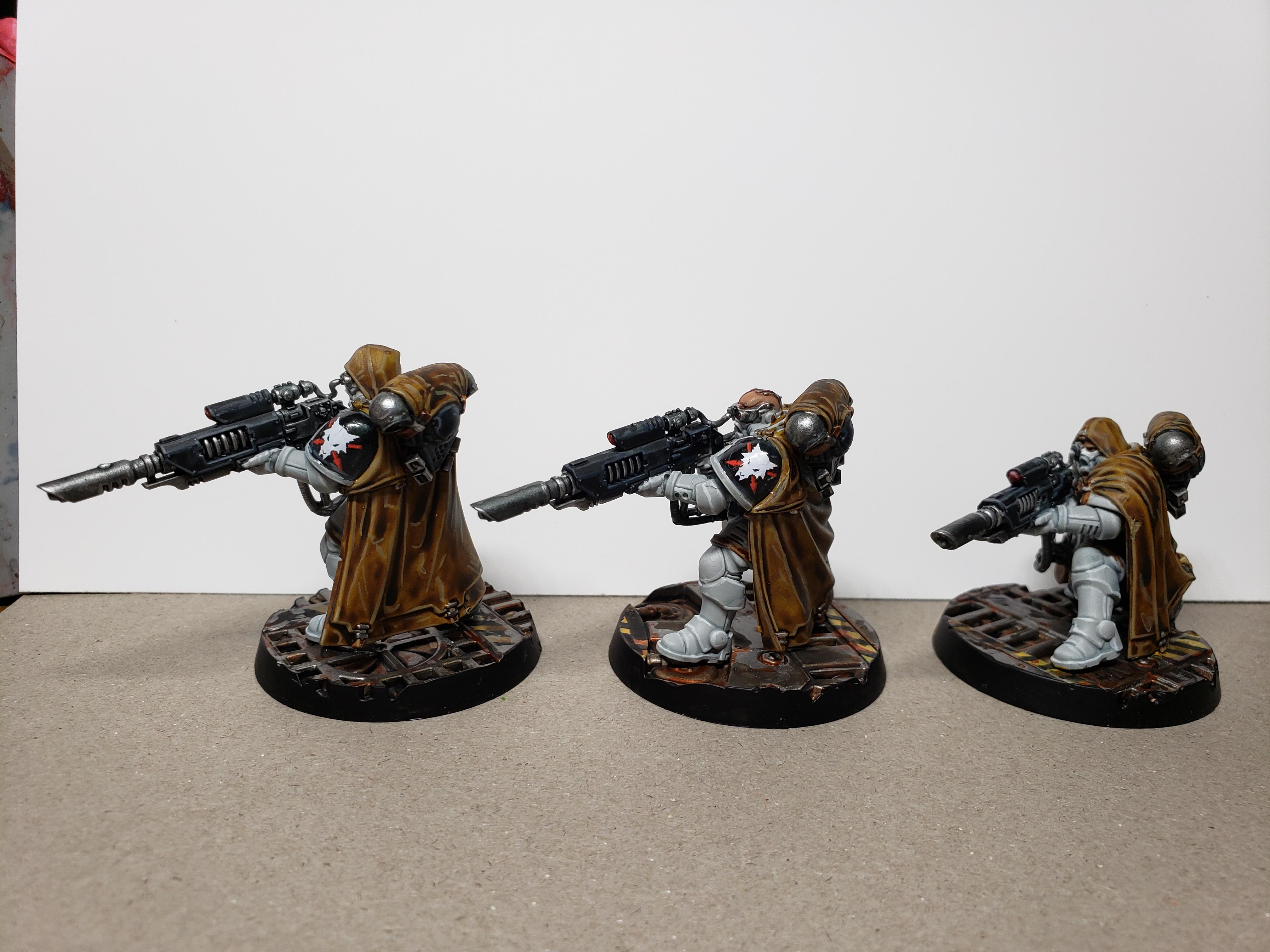 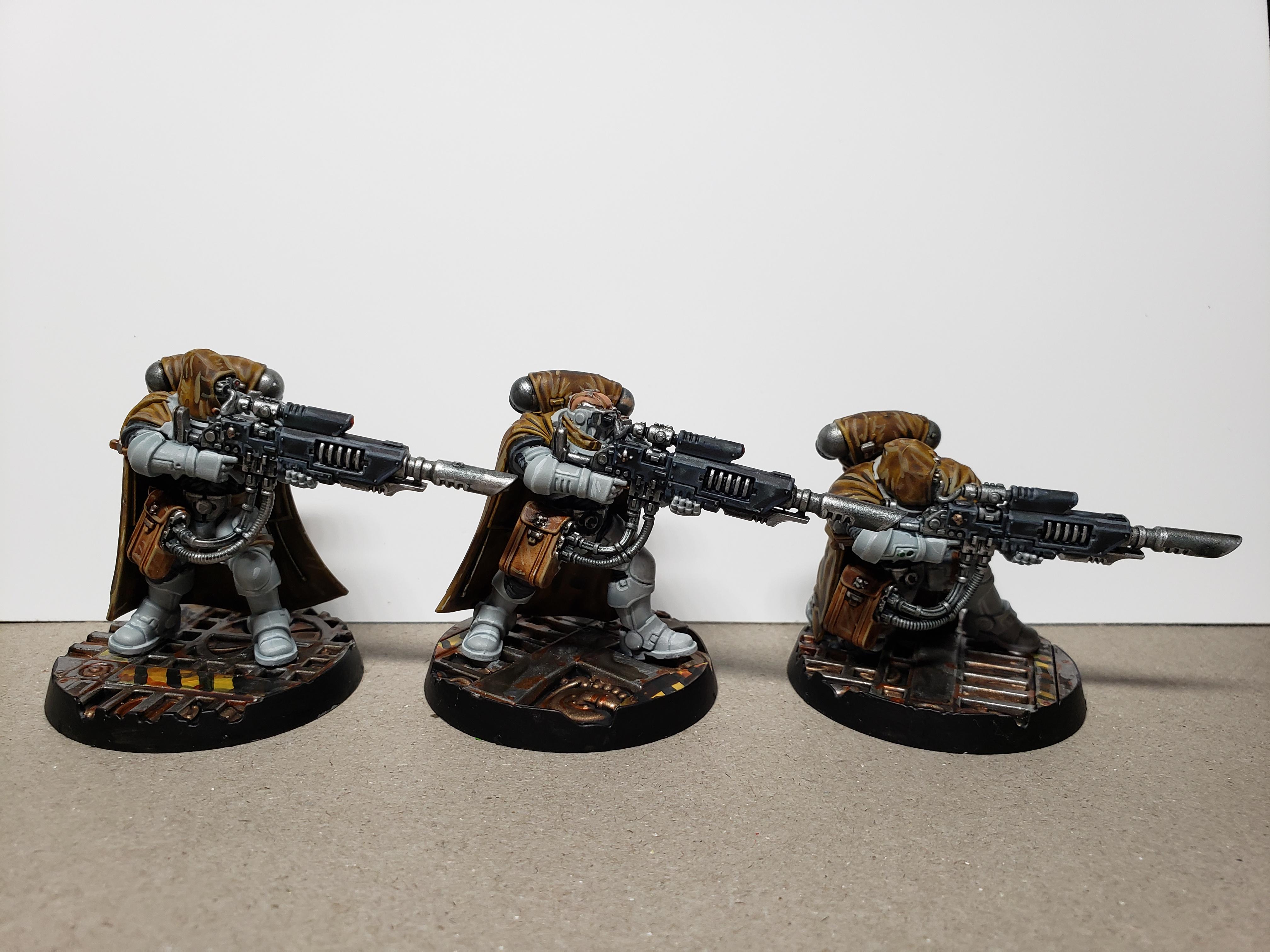 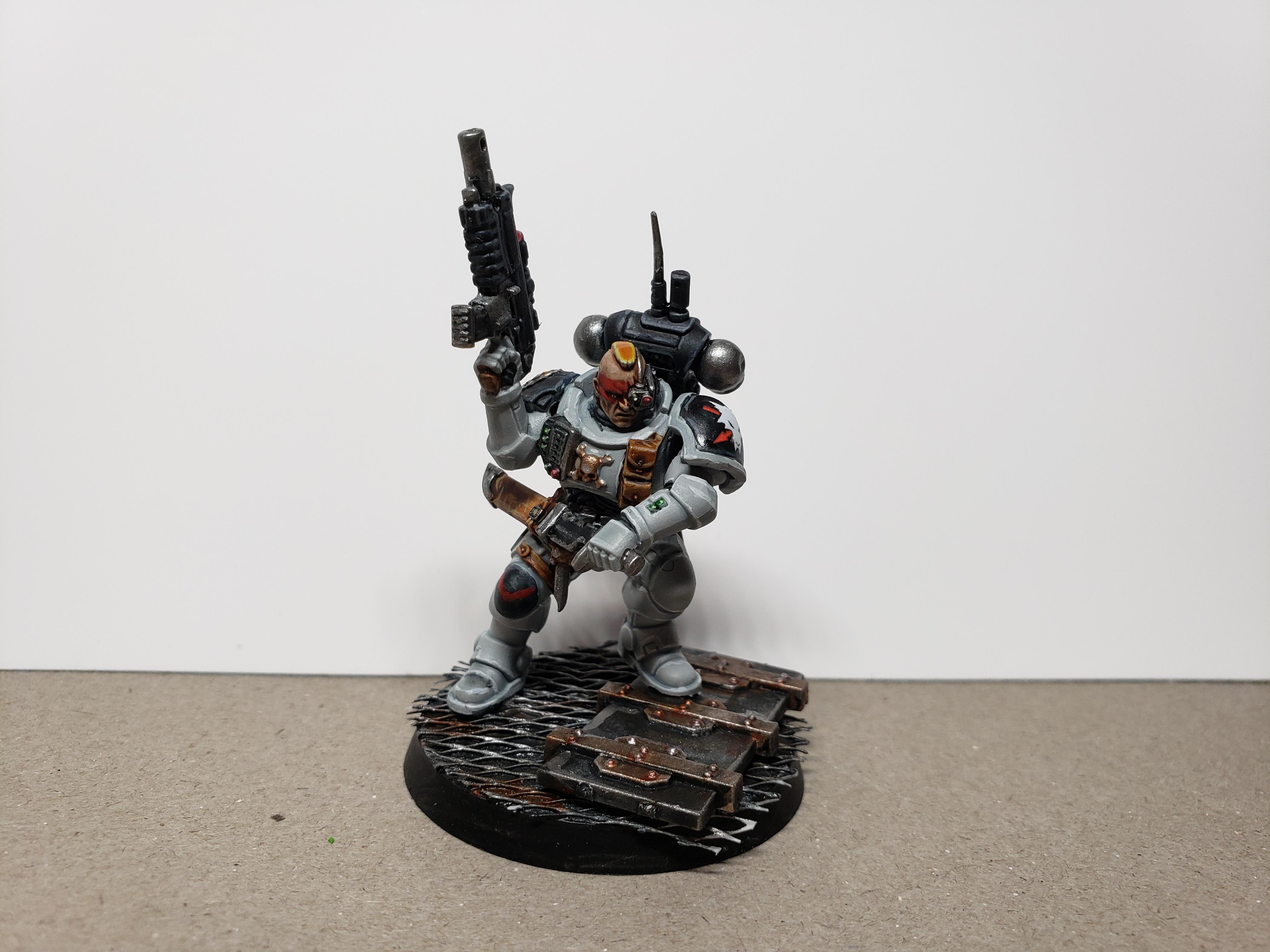 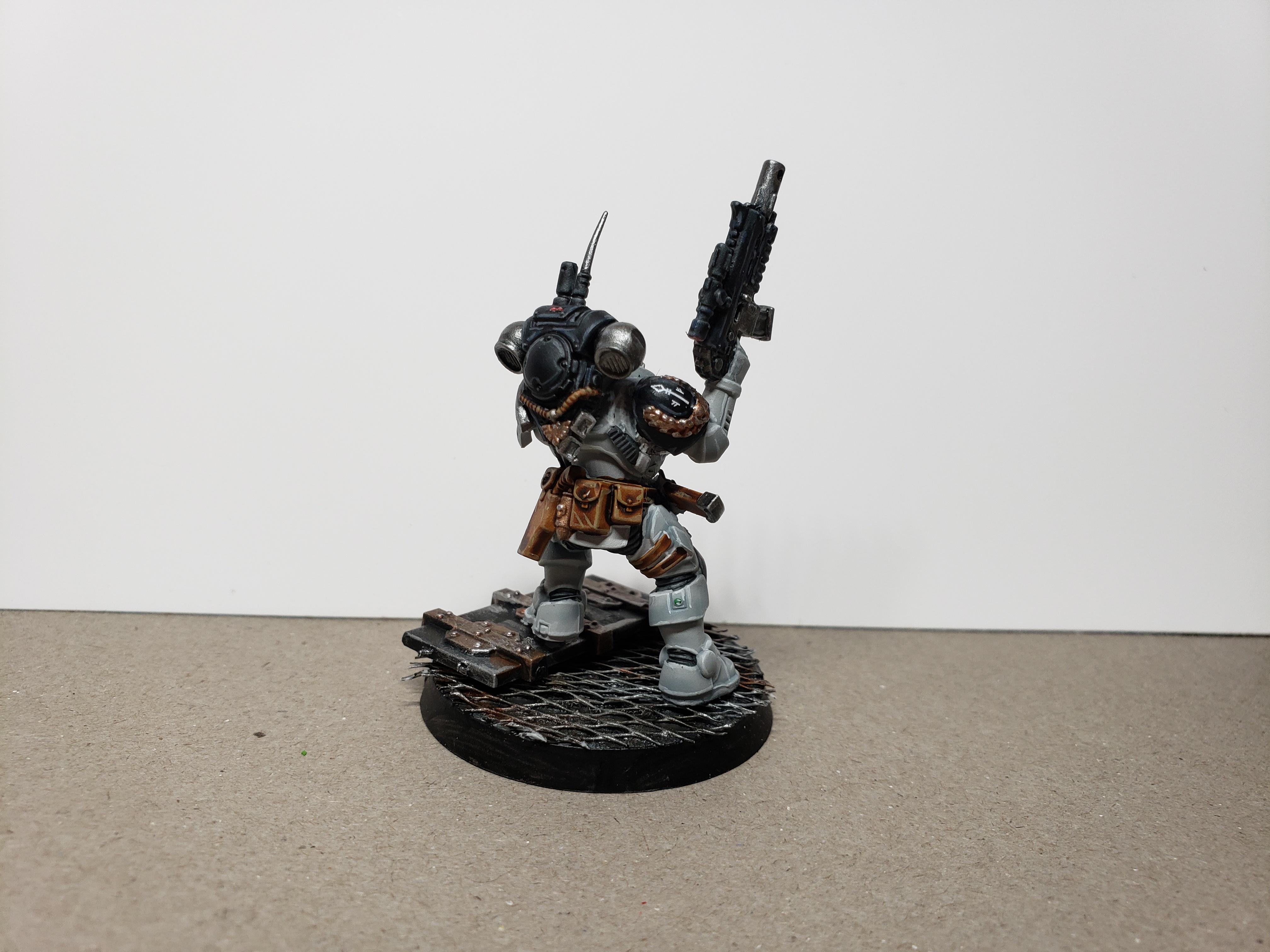 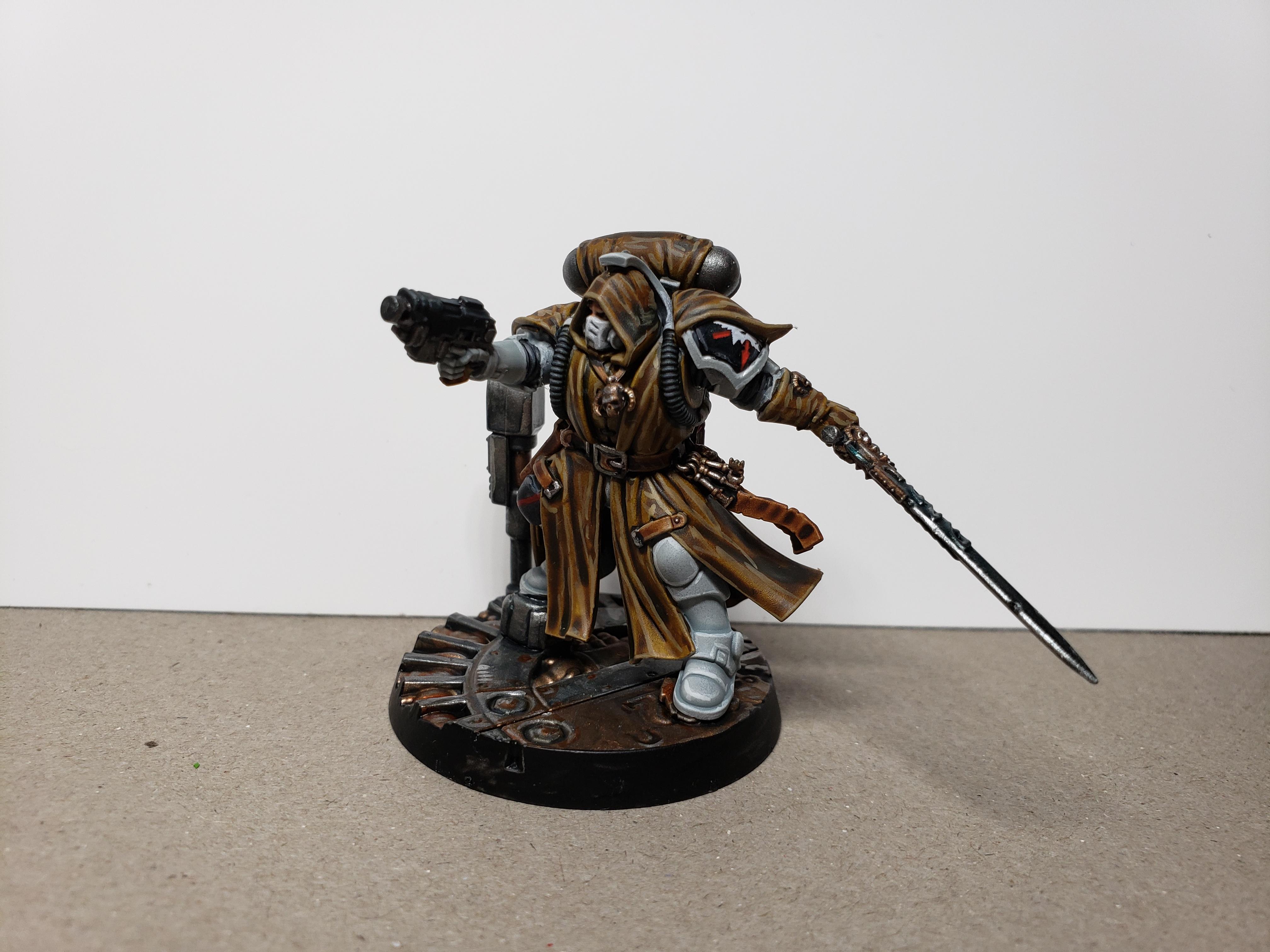 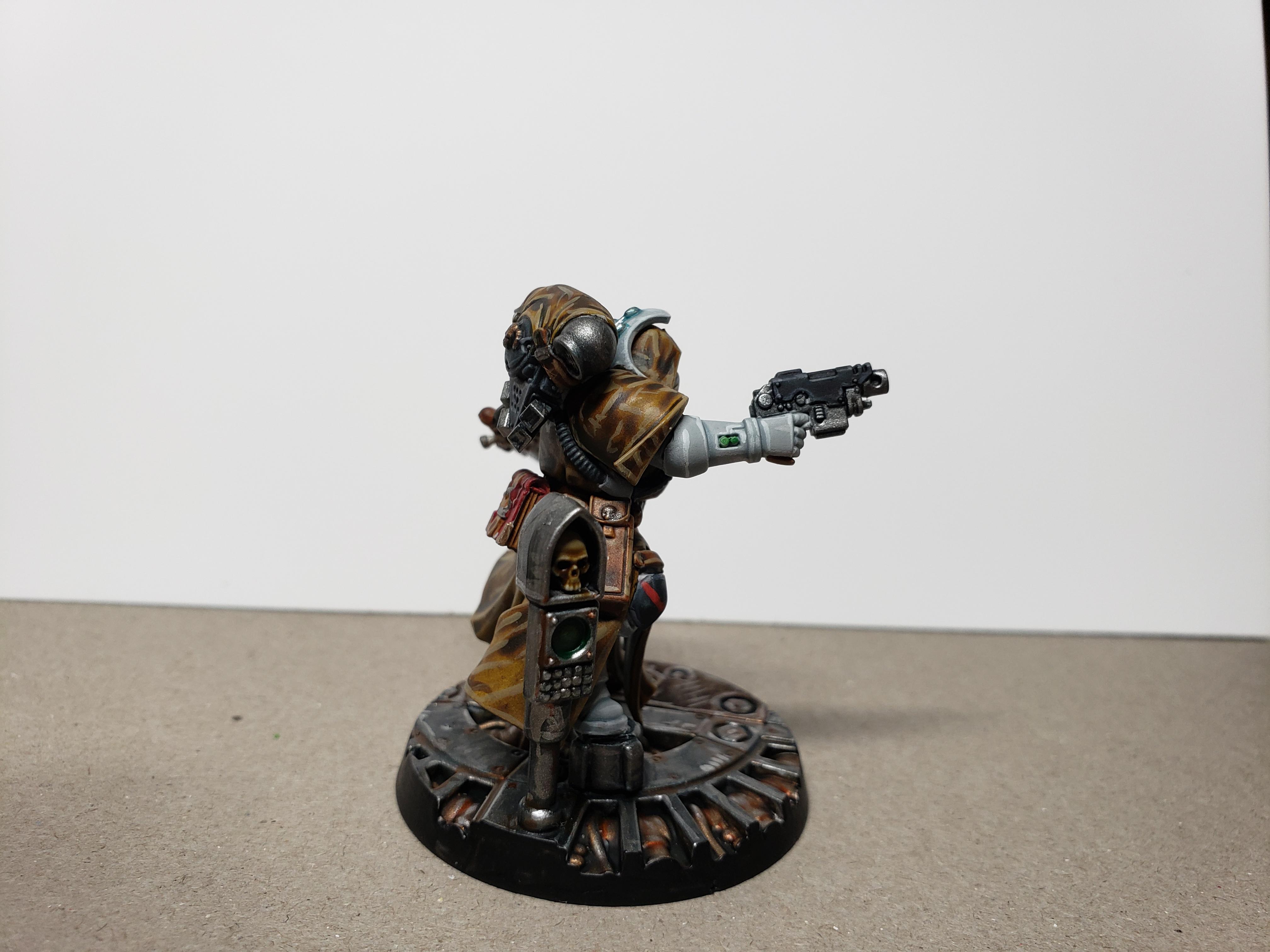 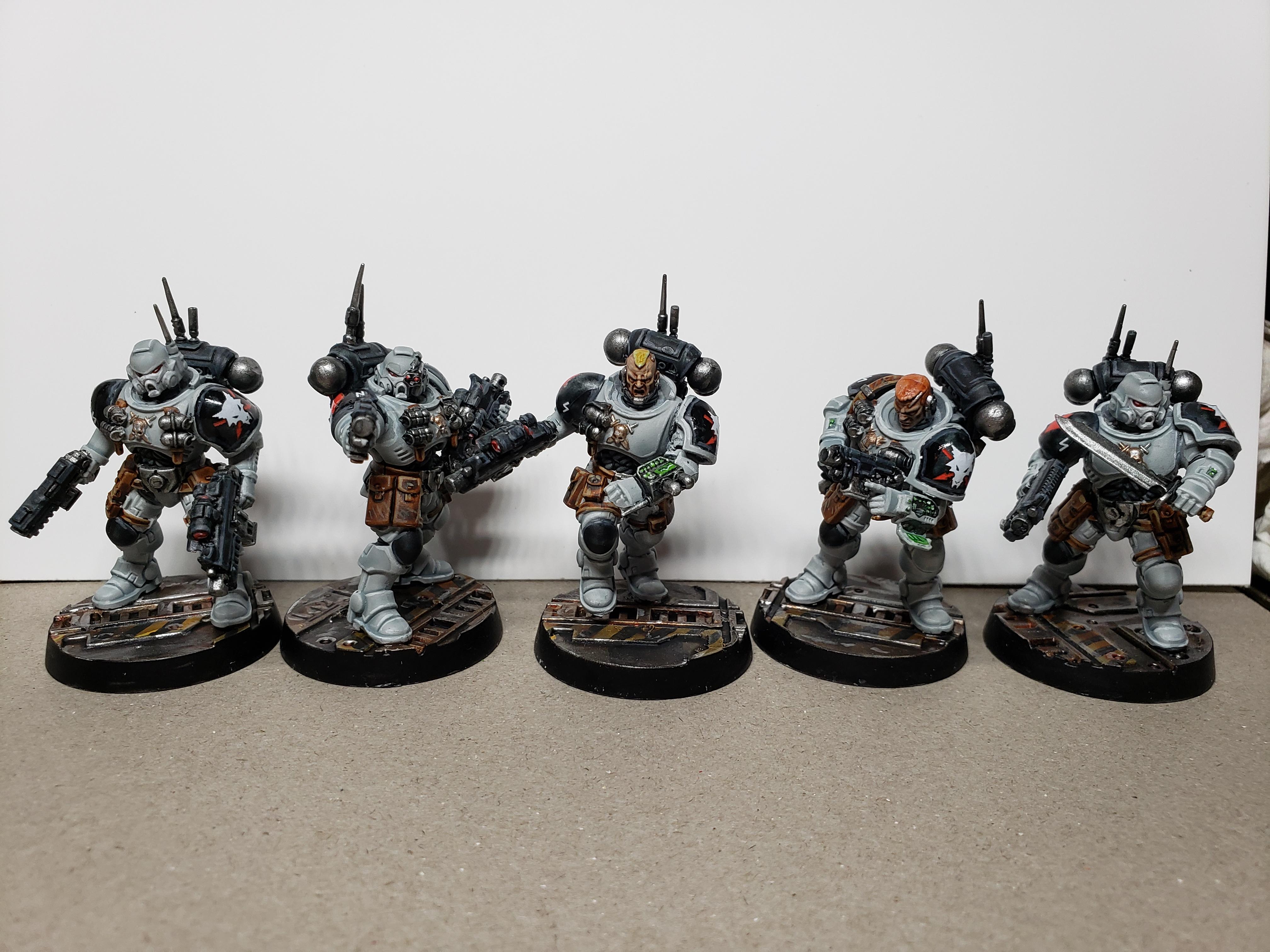 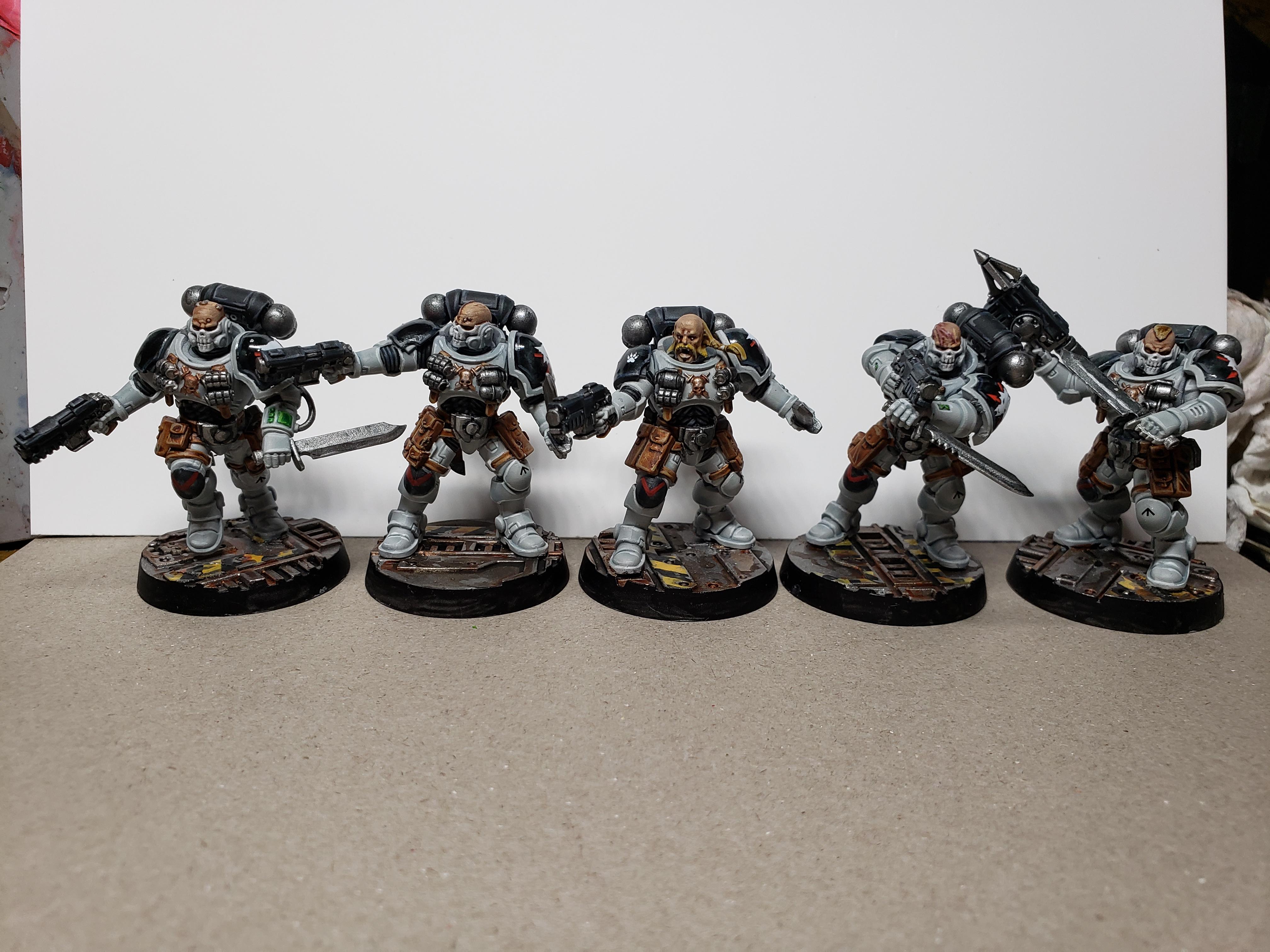 Thanks for the feedback

Thanks for your opinion on the chapter title. Do you think 'Fires of Genesis' will work better?

To be honest, no I don't think Fires of Genesis would work better. Generally speaking a phrase requires a verb and a noun to work, so two nouns (fires & genesis') don't really work.

I think maybe you are trying to use the wrong word by using genesis.

Genesis means the origin, or beginning of something, so by writing 'Fires of genesis' you have said fires of beginning. I would hope you agree that this doesn't work. Also genesis is used to describe the beginning/origin of something, so by just using genesis on its own the reader is left hanging.

The genesis of life on earth.

The genesis of the civil rights movement.

Bad Behavior has blocked 1151 access attempts in the last 7 days.